Propaganda on social media hit the news in 2018 when an essential security flaw was leaked between Facebook and Cambridge Analytica. The public and governments were in uproar. People deleted Facebook, most came back.

It was also in early 2018 when I had my first speaking engagement on the psychology of Facebook at Big Digital Adelaide. I was teaching digital marketers the new area of the psychology of Facebook users. It wasn’t until late in 2019 that I was in tears when researching the extent of propaganda on social media, its use as psychological warfare on the public, and the impact it has.

Propaganda dates back to Ancient Rome & Greece and is commonly understood as the spreading of ideas, information, or rumour for the purpose of helping or injuring an institution, a cause, or a person.

What is the role of propaganda on social media as psychological warfare?

The role of propaganda on social media is to persuade an individual or group of people to a particular way of thinking so they change their behaviour.

This can range from targeting swinging voters with misinformation through to the use of repeated imagery in image filters to change their voter preference. It can go all the way through to the production of videos to target at people likely to become radicalised and fight for enemy states.

What are some examples of propaganda on social media? 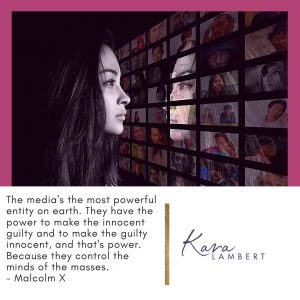 There are five main methods of posting propaganda on social media:

You can imagine that with the different methods that it is easy to weave propaganda through what most people see every day.

Commenting: positive, negative, neutral, including using the term “fake news”
Targeting of individuals: via reputation or deliberate attacks on their accounts
Government-sponsored accounts: (Ecuador Somos + identifies individuals going against their government so that others can target them)
Fake accounts: bots & astrosurfing. Flood SM with fake news or bolster reactions to information. In Serbia, Vietnam, Mexico, and North Korea humans are used, called ‘cyborgs’, to undertake this role.
Content Creation:  In the UK the government has created content, including youtube, with persuasive information to deradicalize under fake accounts. Russia is the most commonly known one as is Cambridge Analytica.

What is the aim of propaganda on social media as psychological warfare?

Other than to change a person’s opinion and behaviour, it can also:

What can people do to combat the effects of propaganda on social media?

There is only one tool we have to stop being swayed by the propaganda and psychological warfare and that’s critical thinking. To use critical thinking we need to look at the intent, the source, do our own research from reputable sources.

How effective is online psychological warfare?

It sways voters and wins elections to change the shape of nations. It saves people from radicalization. These are some of the extreme effects it has.

How business can use propaganda on social media?

There are four key areas that businesses need to appeal to and all must be from the user perspective:

Content which appeals to and creates one of these four responses as they are key outcomes for all propaganda online.

You can create it through the words you use, the imagery these words create, the images you pair them with, the tone of speech, and in the video content you publish.

You might notice that fear is not a focus of propaganda online.

Fear gives compliance not a change in beliefs and behaviour. Our aim as business owners is to convert buyers and these four points are key to converting their thinking and behaviour: for the long term.

If you’d like to learn more about how your business can benefit in the long term from understanding the psychology of social media, come have a chat with me.

What I have learned from 9 years of working from home

How psychology is important to online business