Do you have a fear of success? Me too! Is it holding back your business? That was me too! Keep reading to find out how I overcame it. Back in 2017 I wrote about how I tried to overcome a fear of success. The thing is that I totally skirted around what I did because in reality, I hadn’t finished my journey. I wrote that to overcome a fear, I had to use exposure therapy techniques and that meant travelling overseas.

I’d like to say that it worked. (I’d also like to say it because I really want to travel again, thanks covid.) It sort of worked. I realised that I was capable of achieving big goals, playing the game of traveling to international conferences = success. I’d confused feeling successful with achieving goals. It’s not always the same.

I do believe in the premise of “behave as if”, where you behave how you believe things will be or should be. In the previous instance, I thought success was international travel for work. I should have remembered how unglamorous work travel is and how tiring conferences are. It’s another version of hard work.

So how did I start to overcome a fear of success?

It’s been a long road and one where I’ve had to repeatedly pull myself up and through. (New level, new devil kind of stuff) It’s also been a multi-pronged approach, one that does include showing myself that I do and can achieve my goals.

Over the years, I’ve had to look at my circle and who I looked (up) to for inspiration, advice, guidance. I didn’t want people who just agreed with me, I needed people who understood what and why I did what I did and were ALSO actively pursuing the same for themselves. I learnt it’s very easy to tell people what you believe they should do, it’s harder to learn and grow from it and dispense lessons from experience.

I moved away from the should and towards the people who understood where I was headed and could speak from experience. I then had to remove the habit of “shoulding” on myself by unfollowing people on social media and keeping a solid focus on myself and my business.

I refocused myself and my business by spending time uncovering what was at the centre of what I did and why it was so important to me and those I serve. This time gave me a clarity of purpose and a clear message on who and what I saw needing my lessons and experience.

I became clear on what my core value was and I ensured that the actions I took were always in line with my core value (courage). This is my compass and it keeps me true, not only to my purpose but most importantly to myself. Being true to myself has been a hard lesson to learn and part of accepting success.

What was the hardest work in overcoming a fear of success? 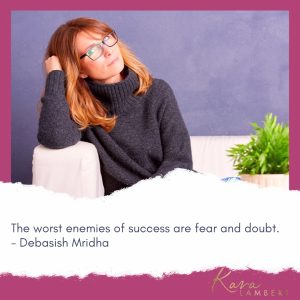 Once I’d gotten clear on what I was doing, who and how I was serving them and surrounded myself with people who understood this and were doing the same, I had to do the work on why I feared success.

A friend once told me that the only time faking it until you make it works is getting out of a psychiatric ward. I trust her. She’s done it. What it meant for me was that I couldn’t fake my way out of this. I had to work my way out. I had to look at what it was about success that I feared and the story I told myself about it. I used psychology and cognitive behavioural therapy principles.

I will be honest, this bit was hard and it hurt hard too. I had to unpack years of stories I’d heard, bought into, and took on as my own. I had to look deep inside myself to find the fears others had about my ability and passed off as their belief in what I should do and to unpack and question them. I had to study the snide comments that had cut me to the bone and left scars. I unpacked years of being told that I was too big for my boots, that no one wanted to hear what I believed in and that I was too smart for my own good (plus a lot more).

Once it was all laid bare in front of me, I had to look at the facts I knew were true and find supporting evidence for these stories before me.

There was none because it was not about me, it was about the people who had said and made me believe these things.

I looked at the facts before me and started to write the truth. I was smart, I did deserve and earn my success, my knowledge had value, people did want to know what I had to say.

I had been living a lie others created for me and I had accepted it as my truth against all the evidence to the contrary.

I looked at my core value and knew that the fear was keeping me in a state of dissonance where I felt uncomfortable and off balance. I couldn’t do that to myself. I had to be true to myself, my value, and my truth.

What happened as I rebuilt and overcame my fear of success?

I’d like to say that that was the end of it. I can’t. I was tried and tested. I got the wobbles and felt old thoughts and habits creep back in. I had to go through the facts again as new stories had emerged and were overriding what I knew were the facts.

I had to learn that I was a work in progress and I was actually rebuilding myself and one of my beliefs. It was going to take time.

I also had to unfollow more people. I had to distance myself from others. I realised that some people were only happy if I stayed where I was, where they felt comfortable where I was. They were not the people I needed around me.

As I grew, my work has become less about me and more about the service I deliver. It’s about the people and the impact what I do has for them. Making my work about the service and others has removed a lot of ego from my mindset and I’m more comfortable with that and how it affects others.

As I rebuilt, the need for comparison dropped. I started to feel more like myself. I was able to live more from my core values and that 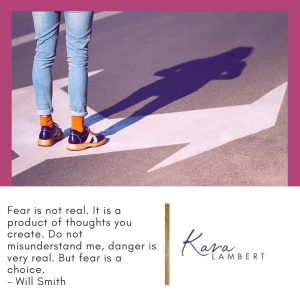 I also found a sense of quiet I’d not known. That still knowing that I was right where I needed to be. I also became clearer on my message, my social media stepped up a notch, I wanted to improve my website presence, I found outsourcing easier. My business jumped.

As I grew in my confidence, I had more speaking engagements. These engagements brought more compliments and more people telling me how much I’d helped them. I had to learn not to dismiss or downplay that. It wasn’t for me to dismiss their change.

Success is not a destination or an end goal, it’s continuous. Overcoming a fear of success can happen when you understand what fuels it. For a long time I’ve believed that success is a set of incremental upgrades, I still believe that. I know that I will grow with success. I don’t fear growth as it brings new opportunities. Having overcome a fear of success, I am more capable of standing in my truth, being assertive in what I need, accepting the change I bring, and being at peace with myself. I feel more like myself that I have since I was in my early 20s and excited by all the possibilities life has for me. The benefit is that I have lived another 20 years and I have a lot of experience now, I’m wiser, calmer, and more confident in who I am more than the possibilities I have. That assurance is priceless.

I hope by telling my story has helped you. If you’d like to know more, I’m always open to a coffee chat (book one here). And I’ve summarised my lessons in overcoming my fear of success below.

Summary
– advice from experience over should
– surround yourself with people who are building their experience
– deprioritise advice from those who don’t understand what you do or where you’re headed
– stop shoulding on yourself
– unfollow people who make you compare yourself and trigger a sense of inadequacy
– be unrelenting in the pursuit of your purpose, clear on your message, and unapologetic about why
– know and live from your core value
– what do you believe about what you fear & what are the facts about what you believe
– you may need to do parts more than once
– some people are only happy when you stay where they need you, they’re not your people
– be happy with that quiet confident feeling, it’s peace
– people will applaud and thank you for your work, don’t downplay their growth by not accepting their gratitude
– when your work is about others and service, success becomes about the work and not you
– success is not an end, it’s a series of incremental upgrades, grow with them. 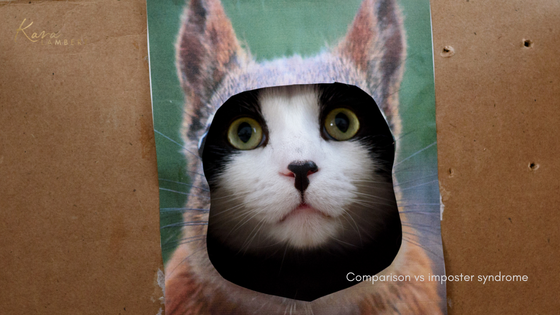 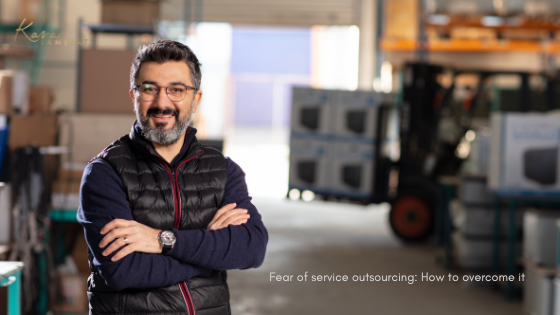 Fear of service outsourcing: How to overcome it 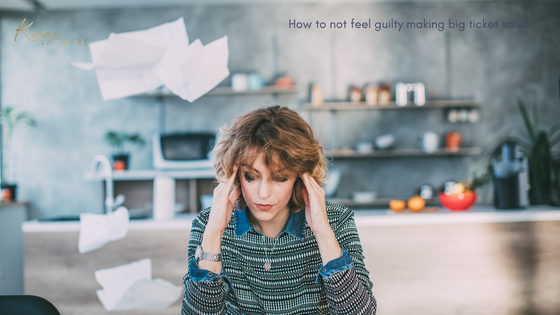 How to not feel guilty making big ticket sales