The vast majority of Facebook Page owners say that the number one reason they don’t post on their page is: they don’t have time. Let’s face it, that’s not a massive surprise as we a generally time poor. The thing is, at the same time I’m being told that you’re time poor, you’re also telling me that you know that your customers are on Facebook & that your products/services sell there. What to do?

I would love to say that I can magically add hours to your day. Thing is, even if I could would you really use them for putting content on your Facebook Page?

I’ve spoken previously about the mindset shift I made about time & how I have benefited from it. I’ve also mentioned in a number of places that I have recently started using a weekly planner and again reaped the rewards.

So while I haven’t actually added hours to my day, I’m making better use of my time.

Oh and I forgot to say that one of the benefits of these two things has been actually working fewer hours. Yes, I’m one of those people who have increased their client base while working fewer hours. It’s ok, I’m not living the laptop lifestyle of a multi-millionaire and I won’t sell you my $19 book on how to do it. (Hats off to you if you are/do, keep it up!)

There are two parts to this problem:

These are two separate issues and generally we think that time is the root cause.

It’s not! The thing is that you know that it works when you do it, you just need to find a different way. A better way! 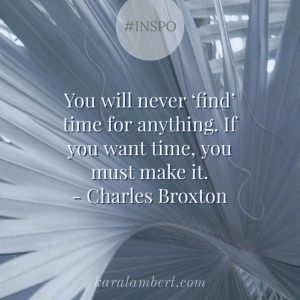 Ok, so I admit that I used to do a lot of my social media scheduling late at night after the family went to bed. It wasn’t good & I was exhausted. In fact, I was wiped by the time I got to the weekend. So burning the candle at both ends is not an option.

You now know about my mindset work and the weekly planner, so you can give that a go. It’s funny once we become more accountable of and for our time, the more we respect it and are more mindful we are with its use. It’s the same way as when we are watching our pennies.

What else is there?

I actually encourage people to make a date in their diary for scheduling social media. It has to be non-negotiable. Promoting what you do is part of what you do. You are the best source of information out there about your product or service & that makes you best placed to promote it. It has to become a habit, just like brushing your teeth and over time it will become second nature.

Mine is a whole day of working on my business rather than in it. (Except invoicing, that’s daily) You don’t have to dedicate a whole day, most businesses will get it done in an hour or two. (With these tips) 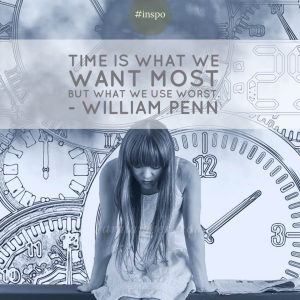 If you are always doing your social media on the hop, you will always feel as though you are caught on the hop. Scheduling social media during these set times has a number of benefits:

Ad-hoc posting is the enemy of organised Facebook strategy. It’s hard to be strategic when you have to have something delivered “right now or else”.

The best way to schedule posts on Facebook is using their scheduler. They like to keep stuff in house and do give you preference in the Facebook Algorithm for it. (Sad but true, sometimes you just have to play their games).

You can choose to use one of the many social media scheduling tools on the market. The advantage these have over the Facebook Scheduler is: ability to post the same thing to multiple profiles from one spot, RSS feeds, automated rescheduling of posts…

It’s going to be a personal choice which way you go. Some of the scheduling tools are free & others aren’t. Regardless, the Facebook scheduler gives the best results as you can leverage any shared content from within Facebook, thanks Algorithm, or a third-party scheduler has some additional benefits for your content that you might prefer.

Each quarter I have an aim/goal for the coming months. I ensure that the work that I do aligns with these goals.

For example, I ran a Facebook Live Challenge and in the lead up to that, I wrote and promoted content around video & live streaming as well as Facebook. A consistent message helps reinforce your message and assists in establishing your position as a leader on the topic.

Speaking of Facebook, I save A LOT of articles. There are a number of pages that I like which are relevant to my audience, so if I see a post I think my audience will like it then I save them.

Watch this video on how I repurpose them.

When I get stuck, I use my scheduling tool (Buffer) and the RSS feed I’ve set up with relevant websites. I will periodically go through that and schedule relevant content from there.  The issue with this is unless you have an RSS for your site, you will be promoting other sites.  Not a bad thing to mix it up but worth considering.

Some scheduling software integrate with content finding software. For example, Buffer can import posts (automatically) from Quuu and Upflow where I’ve told them a list of suitable topics and they find them and post them for me through my Buffer schedule.

I admit, I syndicate a lot of my posts. What do I mean? I will post on Instagram and it will go from there to Facebook, everything I post on Facebook goes to Twitter. I do this through Zaps in Zapier. It’s cloud-based software that you tell to repost from one profile to another. Another similar service is IFTTT. Using these services means that I get ‘many birds with one stone’. That saves me A LOT of time.

The other tool I use is Missinglettr. This is what is called splintering software. What it does is take little snippets of my blog posts, turns them into quotes & images, & shares these over a 12 month period. Each blog post is split into 9 posts, I get to review all of the posts, make any changes, and then approve them for publication over the next 12 months. It is very set and forget and I love that.

Be accountable for your time. Treat it like the precious resource it is. It is finite remember!

Make the most of your time. If I have a few minutes, I will scroll through my Facebook Feed and save posts to share later, or I will share posts as I see them. I also have my scheduler app on my phone, so I can schedule posts while I do school pick up, waiting at sport, or any random 5 spare minutes.

Schedule your time. Make the use of schedulers, Facebook or otherwise. These tools will save you time as you can schedule a bulk load of posts in one sitting. (Chunking like work is a known time saver) That means that you no longer have that constant harping feeling of WHAT DO I POST TODAY???

What is Facebook Organic Reach and why does it matter?