Let’s get down to it. Scarcity marketing. Have you seen it? Have you succumbed to scarcity marketing? Have you used scarcity marketing in your business? Can I honestly say its never sat well with me, I’ve tried it, it’s failed and I thought it was me. I’m not so self-centred to believe that’s not the case, but I’ve been thinking about scarcity tactics a bit and a video interview between Marie Forleo & Seth Godin helped me see why it doesn’t work.

So what is scarcity marketing?

Scarcity marketing is saying things like: ‘must end 9pm tonight’, ‘must close 5pm Sunday’, ‘valid for the first x people’. It’s imposing limits around the availability of a ‘thing’. Availability is generally restricted by volume or by time available. The idea being that it elicits as sense of urgency, and don’t get me wrong a good scarcity campaign gets my heart pumping, and that is meant to drive you to take action NOW!

The last time I fell to scarcity marketing was trying to get Ed Sheeran tickets. I subscribed to the pre-sale, I tried to no avail, to get early 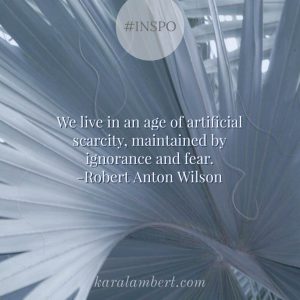 The aim of scarcity marketing is to kick off that FOMO feeling. They want you to fear missing out and being left behind. Would it have actually been the end of days if I didn’t get the Ed Sheeran tickets? No, I could go and listen to him at the venue (standing outside of course) for free. I can listen to his songs I already own. But they wanted me to fear seeing him live. Um, the idea of ‘seeing’ him is actually really to hear him sing. Anyway, I digress. When you are in this FOMO fight or flight mode your body is pumping adrenaline, cortisol & norepinephrine. Now most people know that adrenaline is the one that gets your blood pumping, cortisol is the stress hormone, norepinephrine is there to keep you focused & on the ball. Wow! That’s some hormonal cocktail! You’re switched on, pumping, raring to go and you’re thinking that this thing just ‘has to happen’.

So what’s the reality?

So in the case of the tickets, I was right, there were only a certain amount of tickets, but me being inside or outside has no impact on my ability to listen to the songs. Ironically, in some locations the scarcity marketing was lost when they announced additional shows!

So what’s the point?

There rarely, if at all, is true scarcity. We are no longer trying to hunt that one lone woolly mammoth traipsing across the grassland. In fact, 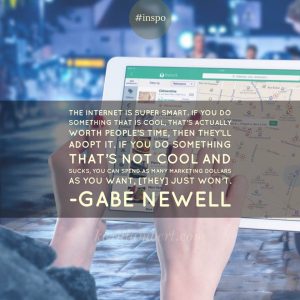 the internet removes scarcity. Like I said, I already have the songs. If you want tickets to an event, access to a product, see a person, the internet has untold number of options to you past the one presented to you right at that point in time. When we do come across a true woolly mammoth situation where scarcity is actually a matter of life and death, then our adrenaline, cortisol, & norepinephrine were warranted. But it’s not.

We’re being played. Manipulated. Our innate instincts are being used against us.

So what’s the answer?

Look, just because I’m not a fan doesn’t mean that it’s not the right thing for you. I just want you to realise why it might not work. You are not Robinson Crusoe in your business journey, there’s a high probability your product or service is available elsewhere. Let’s face it, there’s more than one cola company around and they are able to survive and thrive. Your customers are learning, if they don’t already know, that you are not the only one and this is why they ‘shop around’. So I’m just making you aware that it might not work as you expected & this is why. I want you to consider how your audience is reacting on a cellular level to your marketing. As a consumer, I want you to understand why you react the way you do. Finally, I want to let you know that I will not use scarcity marketing unless there’s a mammoth around.