You know how to close a sale but still don't like selling. Find out what's behind that & how to fix it. When I talk to small business owners, one of the most common complaints is that they don’t like talking about money. When we dig into that, they particularly don’t like having sales conversations and closing sales. Here’s the thing, neither do I. In fact, the other week I had this exact conversation on a discovery call where I closed a new coaching client. (Honesty is one of my core values)

It made me think what are some of the reasons why we don’t like closing sales other than you don’t know how. I don’t actually want to teach you how because I know that for some people, like me, we know how to close a sale it’s just that we don’t like doing it. So why is that? Why is it that when we know how to do something there can still be mindset blocks preventing us from doing the thing we know how to do, why we need to do it, and it’s something that’s of benefit.

The main reason I see that people don’t do the thing they need to do is that they are behaving inline with a story they’ve adopted about that task. Perhaps it’s a safety thing. Perhaps it’s a confidence thing. What I do know is that once they realise that not liking closing sales is a problem, that they are steps away from making it a thing of the past. They just have to be more uncomfortable with where they are now than the work they have to do to change it.

Is not closing sales keeping you safe?

Perhaps they won’t like what I have to offer, or worse, they won’t like me. Perhaps I’m too expensive. If I don’t ask for the sale, they can’t say no. I don’t like being rejected.

When we don’t like closing sales, sometimes it’s because we feel safer and we avoid the rejection we believe will follow.

Is there something you are protecting yourself from by not closing sales?

Another reason why people don’t like closing sales is because they don’t believe or feel that they deserve it and that their work (and/or themselves) are of little to no value. Discounting is a classic example of this. Business owners know what they should charge, but often discount or undercharge because they don’t value themselves and/or what they do. 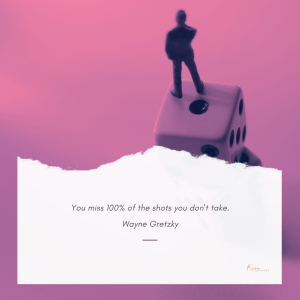 Why don’t you value yourself? When have you been made to feel or told that you and/or what you do is of little or no value? Do you place your worth in what others think of you and if so, why don’t you hold that same worth yourself?

If we can not see or do not believe in our own value, how can we expect a prospect or client to value us?

Money and not closing the sale

I have to be honest, I grew up with parents who talked about money. It was not taboo and

it was respected. We didn’t have a lot and sometimes we didn’t even have enough. My parents worked hard for what they have and because of that I wrestle with the idea that money can come easily to me.

That said, I still count myself fortunate because money was spoken about, managed, and I’m keeping that openness with my children.

Did you talk about money growing up

So while money was spoken of it was not asked for. That’s not to say that we don’t or didn’t have loans, we just never asked for money from anyone other than a financial institution. So I never saw or experienced asking a person for money. It just didn’t happen. So that was a conversation I never learnt to have.

Perhaps you had a similar experience to me, or perhaps money was not spoken of as it was taboo or not a thing you spoke of with anyone other than your partner.

Whatever you heard and was lead to believe about money to this point has helped form your beliefs and our beliefs fuel our behaviour.

What do you think about money?

Grab a pen and paper, open up a new document or note and write. Don’t edit your thoughts as you write, just concentrate on getting them down. Your beliefs were not just formed as a child, it was also as a young adult, with your first and subsequent jobs, when you applied for loans. Every interaction and discussion you’ve had about money forms part of your belief structure around it.

What were you told about being rich or rich people? What do you believe now? 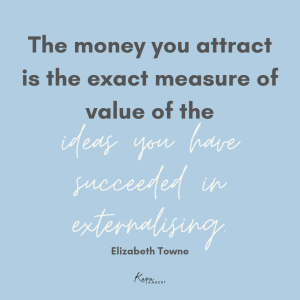 What were you told about how hard or easy money comes and goes? What do you believe now?

What were you told about saving money? What do you believe now?

What were you told about asking for money? What do you believe now?

What were you told about debt? What do you believe now?

Were there any other things you heard or have learnt about money? What do you believe about this now?

What is the story you tell yourself

All of the previous questions help form your beliefs around your relationship with money and this can impact on how you go about asking for it.

Your beliefs about your value, and worth, impacts on how likely you are to actually ask for things you need.

All of these stories combine with beliefs and behaviours around people-pleasing, confrontation, rejection, and competition to direct your actions.

The good news is that they are stories and they can be rewritten. When these stories are rewritten and adopted as truth then you will have new action and then you can work towards liking closing sales.

So you’ve written the story you tell yourself, now it’s time to go looking for the facts. You want to look for the facts that support and contradict your beliefs. If they support it, are they still valid and current or were they from a time and situation you’re no longer in. If so, they no longer serve you and while a fact they are not your reality and not a current fact of your life.