At the start of 2017 I knew there were a number of things I ‘had to do’. One of them was to go on a business retreat and get some focus and direction on my business. So I did. I took myself to Sydney for 3 days and I retreated. At the end, the organiser mentioned their coaching program. I didn’t have the money for group coaching, but I knew that I had to have it. I had invested time in my business and I wanted to get things going. So I signed up, this is what I got…

So each fortnight I jump on a group call with my coach, and 3 other women, we listen to the coach’s wisdom and we support & solve the issues we each have faced and plan for the coming week. But that’s what we do, you want to know what I got out of it.

I doubled my income the month I decided to start working with my coach. Remember how I said that I didn’t have the money when I made the decision. Well it appeared, and then some! And it kept coming. I’ve gained and lost clients but I haven’t lost income. It keeps coming. I learnt that if I made a commitment to my business, then I would be provided for.

I was held accountable

I do this with my clients but I’m not good with myself. Well guess what, when you’re paying someone and every 2 weeks you have to front them and tell them what you’ve been up to and why you didn’t achieve that really important thing from last week… you better have a really good reason behind it. 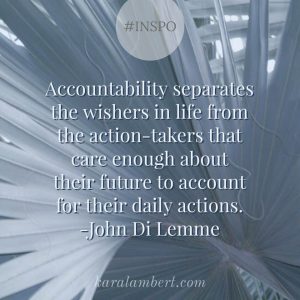 I was called on my BS

Now I need this. And it was done with all love and care. But the first few sessions I went into them unprepared. I didn’t know what I wanted help with for the coming fortnight and I rattled off a grocery list, and then some, of my achievements. But I actually wasn’t progressing with my business. I was called out! I then realised that if I was to make the most of the investment, as I had intended, I needed to get real and get honest. You know what happened? The next session I cracked, I cried, I exposed my fears to the group, and from there I grew.  At the end of our sessions for the year, I was thanked for opening up a space where we could be honest and vulnerable. I had lead the way.

I got my shit together

I used to think I had time under control. I was kidding, and let’s face it I still have work to do. My coach told me that ‘my brain isn’t a filing cabinet’ and that I needed to work out a better way to organise my time than my ever growing job list. It was true. Things were slipping by and I was missing client tasks. It wasn’t good. So I found my weekly planner pad and I used the jar/rocks/pebble/sand/water philosophy for my time. Guess what? I had more time than before! I could achieve more.

I could help my clients more

My coach gave us carte blanche to use what we learnt in the sessions with our clients. So I did. What it meant was that I had clients who were able to grow their businesses and secure their family’s financial freedom within a short period of time. Clients went from juggling debt on credit cards and debtors to having all the bills paid, closing off credit card accounts, and having money in the bank. 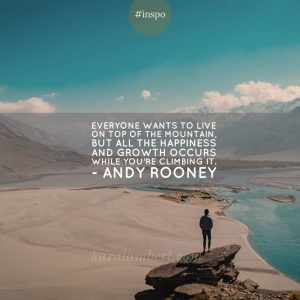 I learnt about me

I learnt that it was ok to have a niche where no one else was, that was emerging, that being different was ok. Seems odd, but I was always looking to fit into the industry but I wanted to do it differently. I was confounded. That day I was in tears, I learnt that I really only needed 2-3 people who I knew were in the trenches with me and had my back no matter what. I used that, I drew on that. When I went to the US, I discovered just how different I was but how I wasn’t actually alone. There were 3 of us I found, amongst the 21000 people there, who spoke the same language (1 was a keynote & 1 I met in the audience). The more people I spoke to, the more I realised that not only was it ok to be different – I was actually of interest to others in my industry and that being different was my strength.

I learnt that with time and space, what I need will come.  I ‘needed’ to move to more coaching and less managing. I was scared. I liked the security of the consistent income. I learnt that I didn’t have to give that away to move to where I was drawn. I could do it incrementally, but I had to let go of it. I had to show up the way I wanted to be seen and offer myself as that. So that is where I’m headed. It has only been since October that I have decided, it’s slow, but the shift is happening. I have been tested by the draw back, but I’m serious in pursuing this passion and I seriously adore what I get out of coaching. So good things are here and more is to come.

The need for a coach to understand your business