Chatting with a friend today, the age old conversation of “what if Facebook disappeared tomorrow” and “drive your audience to where you own the traffic” came up. As always, email is one of the top contenders for this role. But is it really? Has email become the fax of the 21st century?

For those of us old enough to remember; cast your mind back to a time where you would come in to the office in the morning and there would be a stack of faxes on the machine. Some were actually work related but the majority of them were various types of advertising materials from your suppliers. Now what did you do with those faxes? You might have kept one or two from your most used/trusted suppliers but the rest went in the bin. And the ones that went in the bin regularly would often see its number blocked at the machine. Am I right? 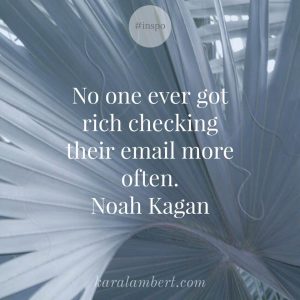 Skip forward 20 years and look at your email inbox. You could have the most sophisticated filtering, use a single address for sign ups, you will still get those unwanted emails. If you’re like me they are mostly from SEO companies wanting to get my site ranked on page 1, they are occasionally people wanting me to promote their stuff on my site, and occasionally I get an African Prince rock up. Oh and each day I have 2-3 emails from people or newsletters who I like having in my inbox. Even then, I don’t always read the newsletter.

So my question is, “Is email the fax of the 21st century?” or “Is email an internet dinosaur?”

Why is it that we are told as business owners to build our list, keep it fresh, and that there’s value in the list?

Is the email list an entrepreneurial right of passage?

Has building an email list become a business to do and to not do is taboo?

You might know that a bit over a year ago now I stopped emailing my list each week and opted for monthly. Since then I have had less decline in my list when I email than before. It’s logical, I’m appearing less. I couldn’t think of anything worse than being that weekly unread fax on the machine just waiting to be binned.

In 2017 I attended Inbound and heard an interesting theory that keeping email simple, like you would to a friend, is more successful. So I have. And it works.  But I don’t email my friends once a week. That would annoy the crap out of them & anyway, what would I say? It’s not like that “call Mum/Grandma on a Sunday afternoon catch up”, email is unilateral – just like a fax.

I know there are people who say, well if you deliver good value then email is still a great way to market. The problem is that the vast majority of emails nowadays don’t deliver great content. In fact, do we actually need another way to deliver content. And regardless of content quality are you still not another one of those emails landing in their tray taking up space that could actually be from a friend or client? Just like those faxes. 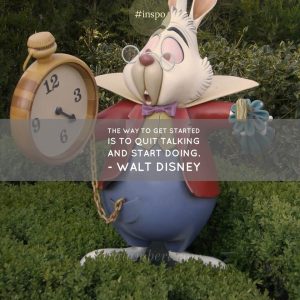 I’ve long believed that regular email was a dinosaur, but don’t dismay (or for those waiting for the twist, here it is) I actually do see value in building a list. (So please don’t flood my inbox with emails saying how wrong I was)

I have started using my list as a Facebook Audience. There is value in that list. The people on that list chose to be there, they choose to remain there, and they chose me to have a relationship with. So when I’m looking to promote something, I might email my list, but I will send out an ad to the people who look like those on my list. You see, they fit the same mould as my list members and that means they are more likely to like my stuff, like me, and potentially buy from me.

So my email list has value, my emails – well they’re still a fax I hope someone decides has value and takes back to their desk to read or better still, pin up on the coffee room wall to show to others in the office & refer to later.