Ever looked at event and thought, “Nah, I won’t go, I won’t learn anything”? I have, often. Often I’ve not gone and not thought a second thing of it. I’ve also missed them and had massive FOMO when I saw who was there. That’s when it dawned on me, these events aren’t just about learning, they’re about networking.

Back in March I attended Social Media Marketing World (SMMW) in San Diego. I did it with the explicit purpose to network. Sure, I went to the premier social media conference to network! I did learn, a lot. That was a bonus. But with all I learnt, it was the connections I made which were the most useful.

Some of the people I met at SMMW, I had known online for 4 years. Yet it was the first time I had seen them face to face. There’s something about seeing someone and being able to shake their hand or give them a hug. While video is great, it can’t replace actually being there.

I found my tribe there. I found a group of Australians utterly passionate about social media. While we were there we were able to compare notes on how things differed to back in Australia, how we would implement it, things we would change. We took what we learnt to another level. Now back in Australia we have a reference and referral group. We call on each other for support and guidance. It’s reassuring and incredibly powerful.

Last week I attended Social Media Day Adelaide. Again, I attended for the sole purpose of networking. I had met an attendee a month earlier who had suggested I attend. Again, I didn’t attend so that I could learn (though I did), I attended to network (and I did).

You see, I could have easily decided not to go. I’m not an Agency. I don’t want to be. I don’t run social media for a company I work for (though I have clients I still do this work for). While I do the social media for my business, it’s not something I need to learn from the grass roots – it’s something I consult on. So why did I go and what did I achieve? 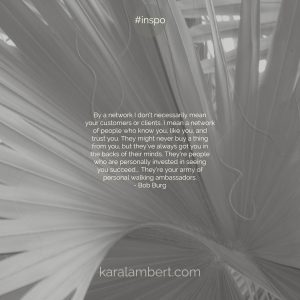 I went to network.

It’s easy when you work for yourself to decide that networking is a waste of time. That industry events are a waste of time. That you don’t want to deal with competitors. But if you stay in that space, you miss out. Sometimes you have to set your ego aside and meet with people for the sake of meeting with them.

So what happened? Well I caught up with the person who invited me to attend and he introduced me to the organiser. I met up with people who had heard me speak at Big Digital earlier in the year and hear what they had to say. I met with a lady who I had known online and we chatted through the day. I offered my help to a business and I was invited to do a radio interview.

Too often we look at what we can get out of events in what we can learn and too little do we consider what we can receive in the halls and breaks. We also discount what we are able to give in these situations. We forget that networking is sometimes more valuable to our business than the learning but it’s still something we get to take away. 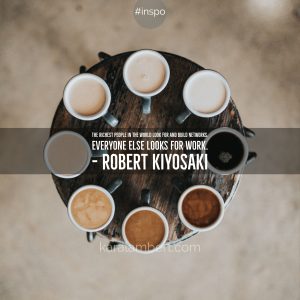