Over the last week I have seen many conversations, and been in arguments, where people were so bent that their opinion/belief was right and the other person was wrong. It’s made me wonder what has happened to make us so binary in our beliefs. And what has happened to us that we think it’s ok?

While this is mostly a personal issue, it’s noteworthy to consider binary beliefs when it comes to customer service in business. This is where it’s going to cause the biggest problem. The next issue I see is when dealing with staff and then suppliers.

So what do I mean by binary beliefs? 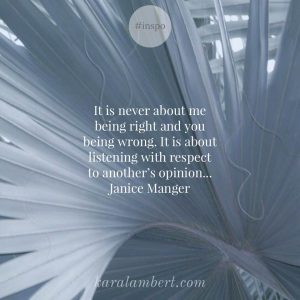 Let’s start with “I’m right & you’re wrong”, that’s what sparked this. (Generally followed up with, “Let’s agree to disagree”.) We are starting to understand that sexuality and gender aren’t binary (male/female, gay/straight). Why is it that we think beliefs are binary?

Ok, so I suppose that my belief is mine and yours is your own, the classic ‘them and us’ scenario. And that in essence makes them binary, what I’m looking for is a discussion on understanding and tolerance. Or even some perspective taking. There’s benefit to both parties if they are willing and want to learn.

When I teach motivators, I use the definition of a belief as assumptions we hold to be true. Beliefs are contextual: they come from learned experiences, from the cultural and environmental situations we face.

Here’s the thing, we forget that beliefs aren’t actually truths; because we hold them as true, it doesn’t mean they are. While they might be true for us, they are not always someone else’s truth. Beliefs draw on our experience, including our culture.

The thing about beliefs is that not all our experiences become beliefs. Generally they have to align with other beliefs we hold before they are adopted. Then, the other issue with beliefs is that we search out information etc to reinforce our beliefs. (Attenuation Bias)

So how is this binary belief a problem for business?

Well if you’re aware of it, this is the first step in changing. Then the next is taking action when you’re aware that you are falling into this binary belief scenario.

Don’t get me wrong (pun intended), there are times where standing by your beliefs is necessary, this isn’t about that. But what happens when you’re faced with a customer who you can’t agree with?

What I’m suggesting is that businesses look at their own beliefs and check in with how beliefs form . Perhaps, it’s that this person has a different lived experience and so their beliefs differ. That doesn’t make them wrong, but different. (And I hope today we are better at embracing differences)

How do you feel when instead of hearing how wrong you are, according to someone’s beliefs, they took time to listen to you. I can tell you from dealing with hostile clients, feeling listened to is enough to calm a customer down. We all want to be heard.

So you’ve heard what they have to say, now what? 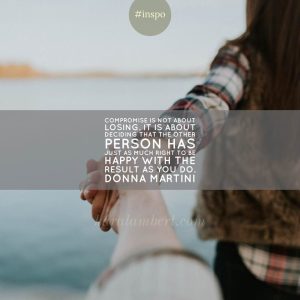 Most people would react by telling them how they’re wrong or going back and reinforcing their belief. But this takes us back to the binary belief problem. So what to do?

You reinforce that you’ve heard & understood what they’ve said by repeating it back to them and then you look for common ground. Again, beliefs can change and we are hard-wired for connection. Finding common ground puts you in a position of peacemaker rather than dictator. In business I’d rather have a win for both than one or none.

The beauty of beliefs is that they come from our lived experience. Moving from a binary belief set and having experiences to challenge our beliefs allows us and our beliefs to grow. And I’m all for personal and business growth.

Why people are important to business success