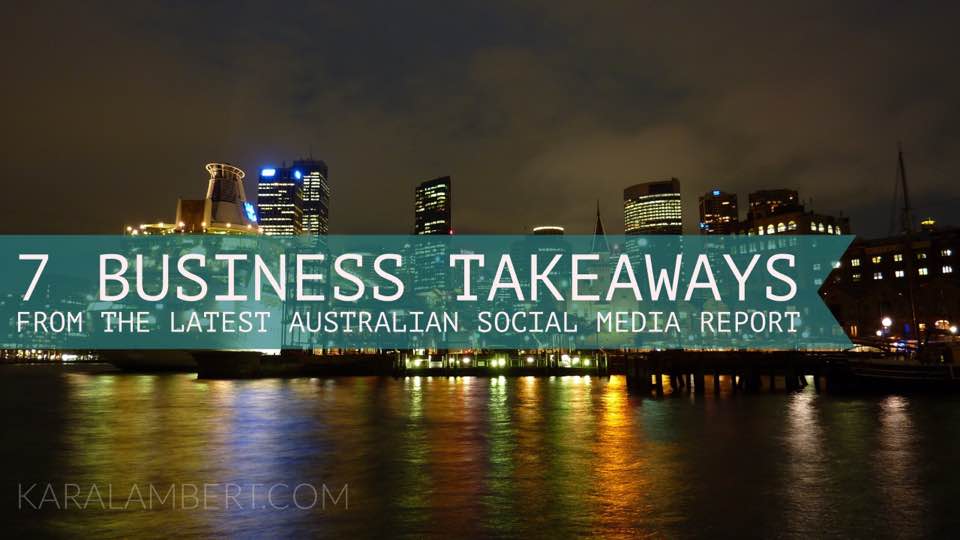 Australian Social Media Reports and what it means for Businesses

Back in March 2015 I was tired of reading social media reports and statistics on how businesses should be running their online presence. My problem was that these reports were out of the US and I am in Australia, consulting to mostly Australian businesses. I have to be honest, Australians use social media a little differently than the US. We generally own more mobile phones per person, we don’t use Pinterest as much, we don’t shop online as much (postage costs are too high), and in the main, Australians are early adopters of technology. So I went off and did some reading and some research, and in March 2015 I wrote this social media report for Australian business.

Fast forward 18 months and Facebook announces that there are 1.8 billion users worldwide. Back this on to conversations in my mastermind group on which social media platform businesses should use. I decide that it’s time to update my social media report for Australian business.

I have collated and summarised the following from two sources & added in my own interpretation and analysis. The main source is the Sensis Social Media Report 2016, it’s a survey of 800 Australians and 1100 Australian businesses. The second is the monthly Social Media Statistics on usage.

My analysis will be a little different to what you will see out there. I will be discussing the impacts and implications for Australian businesses on social media. Let’s get into it!

According to the ABS, as reported by Social Media News, there are approximately 24.25 million Australians, of those 15 million use Facebook each month. That’s roughly 60% of the entire population. That’s some circulation statistic!

This report indicated that YouTube was growing and that Twitter, Google Plus, & WhatsApp were steady and that Blogging was on the decline. 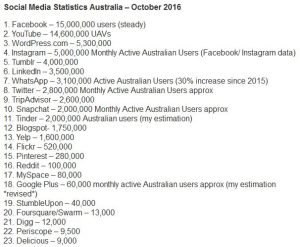 What does that mean for businesses?

I will continue to advocate businesses to secure their name on a profile and decide over time if that medium is right for their target audience or content creation streams.

A note on jumping on image heavy platforms such as Instagram & Pinterest. You will need to experiment with non-traditional techniques to support and grow your following. Try video on Instagram & repining allied products or services on Pinterest.

How Australians use Social Media

The following is my interpretation of the main findings, relevant to Australian businesses or businesses wishing to target Australian consumers.

How Australians spend their time on Social Media

So what does it mean for Australian business owners on social media?

You’re better off posting in the evening & first thing in the morning. This means that most business owners will need to invest in a social media scheduling tool, engage a social media manager, or learn how to schedule in Facebook. 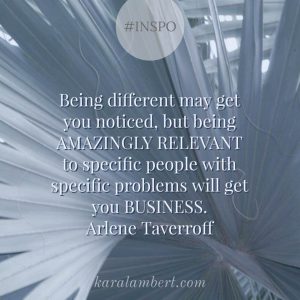 Which Social Media platforms do Australians use?

So I mentioned above what the overall numbers were. Sensis went in and broke it down by age.

So what are the implications for Australian businesses?

If you’re not on Facebook, you’re missing out – even if your target market is aged over 65. Additionally, if you are running ads on Facebook, you need to consider your age group and where you place your ad, mobile only vs desktop vs app.

Why Australians use social media

By and large we use social media to connect with friends and family. Though on average, about 20% of Australians aged 30+ use it to research purchases, brands, & holidays. Of those researching on social media, 44% did it on a mobile device.

What does this mean for businesses?

It means that you need to maintain a presence as 1 in 5 people are looking for information to make a purchase via social media. Also, you need to consider mobile ad placements in your advertising (though consider the age demographic).

What do Australian consumers want from brands on social media?

How is this important to businesses?

It is interesting to note that fewer Australians want discounts and the number who didn’t want any incentive is stable over the past three years. 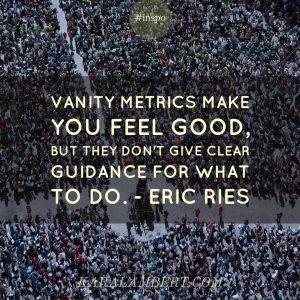 So what were the two main things I noticed about the businesses surveyed? Firstly that across small, medium and big business all tiers would spend at least the same amount on social media advertising in the coming year and at least 50% said they anticipate spending more.

The biggest surprise was the following:

Between 52 and 75% of ALL businesses surveyed measured the success of their social media investment by the number of likers, followers, or subscribers they had.

Now consider what I said earlier that the majority of Australian consumers distrust brands with high follower numbers. This success indicator was the largest of all those considered in the survey & in fact the difference between it and the next indicator was of statistical significance.

So what does this mean for businesses?

Firstly most either believe that they now need to ‘pay to play’ on social media and that they need to keep paying as their competitors come online or increase expenditure & the marketplace becomes more competitive.

Secondly, business owners do not understand that follower numbers are a vanity metric and in fact turn away fans rather than attract them.

What are the key points for Australian social media use?