Now lucky for both you and I have spent a ridiculous number of years reading journal articles for research. In fact, some might think me crazy that I actually prefer to read a journal article over a book (even a non-fiction). So it won’t surprise you that I got carried away with my reading and read 11 articles in total. From those articles I actually have two and a half pages of notes on odd and even pricing and 9-ending pricing.

Before you start hyperventilating, I’m not going to go through all of the articles in one blog post. That would just be cruel and I have to be honest, too confusing. So what I’ve decided to do is to split off the topics and write them up as separate posts; one on odd & even pricing and the other on 9-ending prices.  I’m going to start at the start and odd vs even pricing.

Index to this article

The one thing that hit me in the Kolenda article was the effect of ending on our emotional reaction to a price. This is exactly the point where I begin my research. I started with the 2013 paper of Lynn, Flynn, & Helion and their research into round numbers (those ending in 5 or 0 as compared to the remaining numbers & not to be confused with even pricing). They did an analysis of data from three studies where clients could pay with a credit card and the ‘product’ was fuel, the tip on a restaurant bill, or software. The interesting thing was that the software purchases were made in a ‘Pay What You Want’ (PWYW) style, where the customer paid whatever they chose. This research was interesting due to the increasing popularity of pay what you want promotions online. 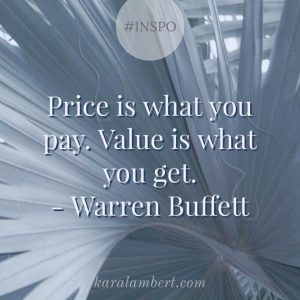 So in general terms what did they find out about 0 or 5 ending prices?

The first finding that they had was that a 0 or 5 ending prices was more common across all of the studies they analysed. Why was this significant? Well, because all of the studies had the option to pay by credit card, where cash handling was not required.

People find it easier to remember (this one is key for the 9-ending article), process, & perform mathematical operations when the number ends in 5 or 0. The point is that we like things to be easier and develop a preference for these numbers. They even found research where 66% of people asked said they actually preferred those numbers.

They also discussed the finding that 0 or 5 endings are more likely when a person is guessing or estimating an amount. I believe that this harps back to a preference for the familiar & easier maths calculations.

Here’s what was found more specifically

Pay what you want pricing

Lynn, Flynn, & Helion found that more of the PWYW payments were whole dollar amounts. They were interested by this as the transactions occurred online and paid by credit card, so the dislike of calculating or handling change was not an issue. Additionally, they found that while, of the payments over $1, 13% ended in a 0 (an even number pricing) and an amazing 42% ended in a 5 (odd number pricing); both of which occurred more often than you can expect by chance.

Ok, so not really of major importance here in Australia, but certainly of interest to those in hospitality. Remember as you are reading the following that all of the payments were made by credit card, meaning that no actual cash-handling took place.

The main finding was that 73% of people left a whole dollar tip. So not overly surprising there, especially when you consider the general finding that we prefer whole numbers & our dislike of maths. Though of interest was that 25% of people left a tip where the most right-handed digit was a 5 (be that dollars or cents). Once again, that odd number pricing comes through.

For those of you in hospitality and wondering about the big tippers, here’s some news. Of the tips greater than, or equal to, $11 – 20% of them ended in a 0 (cents or dollars). Now that’s promising and reinforces our love of whole numbers and even pricing.

My personal favourite was the following.

Where the bill did not end in a whole dollar amount (there were cents), 23% of people used the tip to round the bill to a whole dollar amount when the tip was added in. This confirms that some people, need to see a round price more than their dislike of maths and their ease (or difficulty) in processing. It would be interesting to know if they preferred to round to a whole odd price or even number pricing?

In addition to their finding that people will do maths to have a round number in the total bill; Lynn, Flynn, & Helion found the following…

These numbers were also preferred by customers purchasing fuel at a service station when they:
– paid with a credit card and received a receipt
– they only considered the whole dollar amount, and
– they only purchased fuel.

This preference for round number pricing is interesting to consider if you have a self-service product.

Perception of quality based on price ending

Lynn, Flynn, & Helion reported that the 0 or 5 ending numbers were positively linked with a customer’s beliefs that the product was a higher quality & had more sales, but this was only the case when customers were interested in buying a high-quality item. In fact, the opposite was the case and other numbers were associated with a discount or a ‘good deal’, leading to increased sales, when the customer was interested in a cheaper price or a ‘good deal’. So what’s the takeaway from this piece of pricing research? You need to know why your customer comes to purchase from you – price or quality? There’s no getting around the fact that you really need to understand what motivates your clients.

Wilkie, Manning, Sprott, & Badenhausen (2015) found similar results in their research into odd-even pricing. They discovered that even pricing had a higher perceived quality over odd number pricing. Interestingly, these even priced items were also perceived as being more expensive. 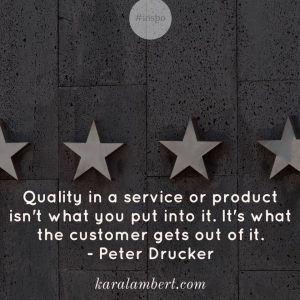 Wilkie et al had another interesting finding and that was around motivation.

They discovered that the intention to go and buy an item was higher for odd pricing rather than even pricing. However, the initial motivation to purchase (quality vs good deal) was an important influencer of the final perception of the product and intention to purchase.

This last piece reinforces the finding of Lynn et al, that the client’s motivation to purchase (quality vs deal) effects how they react to the pricing (odd vs even pricing or 5 vs 0 whole number pricing). I believe the fact that 0 is perceived as even pricing has an impact on how people perceive 0-ending prices as being higher quality (and more expensive).

Bundling of products or services & their prices

Baumgartner & Hähnchen (2016) looked further into the pricing of bundles. They found that the customer preference for a bundle increased when both items had even pricing rather than odd pricing. The researchers believed that this was due to even numbers representing higher quality. The 2016 research found that the greatest likelihood of purchasing happened when both items were labelled with even prices and the total bundle amount had an odd price. (Their research was into odd and even pricing regardless of value)

Klumpp, Brorsen, & Anderson (2005), looked into grain pricing in Texas. They found that prices ending in a 5 or a 0 were more common. Grain prices are set by the producer and then there is a handling fee added by the grain merchant, this fee can be negotiated. They found that when the fee was negotiated the effect was more prices ending in a 5 or a 0. This suggests that if your pricing is open to negotiation, consider the risk or cost of being negotiated to either of these price points, or force the negotiation to either a 0 or 5 pricing for a better chance of an agreed price.

Isaac, Schindler, Wang (2014) investigated 5 or 0 pricing in relation to debt recovery. (I have to say that this was one of the more interesting articles personally) They found that debts ending in 5 or 0 were more likely to be repaid in full. Personally, I will now consider rounding my debts to either a 0 or 5 pricing when chasing overdue payments.

So what were my major takeaways?

Even pricing of products and services has them seen as being of higher quality than odd pricing and that your customer’s intention to purchase, based on quality, is controlled by what motivates your customer.

If you value and promote the quality of your offer, you are better off using an even pricing.

The pricing of a bundle of items works best when items have even pricing but the total bundle price is odd.

If setting suggested prices for a Pay What You Want promotion, you should only use whole dollar amounts and preferably prices that end in 5 or 0.

Debts are more likely to be paid in full if they end in a 5 or a 0 and to consider this when looking to recover debts.

The next instalment summarises the papers I read about 9-ending prices. I have come across some interesting history, beliefs, and theories.