Do you have a Procrastination Pixie? What about a Nearly Done Nymph? Or a Get To It Gnome? In my Facebook Group we’ve been discussing outsourcing and I thought I chat a little more about it over here on the blog.

So what is outsourcing? It can be anything from getting a book-keeper or VA or social media manager to run a business function for you, through to getting someone to do some one off task.

Most business owners think that outsourcing is an all or nothing affair and that it’s going to be costly. Outsourcing is only expensive if you don’t use the time you gain to generate income – then it costs you money!

I’m a late comer to outsourcing, even when I worked a 9-5 desk job I didn’t outsource, not even a cleaner. The change came when I realised I would get 80-90% of the work done and I wouldn’t do the last bit to get it out there. 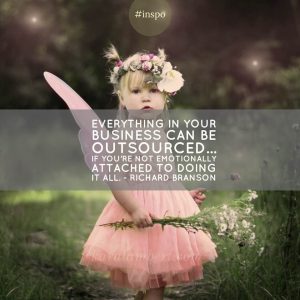 I sat and thought on it for a while. I couldn’t work out what it was. I wasn’t afraid of putting myself out there. I did know that I had a thing where if I was learning a new ‘thing’ that once I realised I knew enough, I would leave it. That was my issue, I was a ‘near enough is good enough’ but that issue included the execution. So I outsourced the execution of things. The big block was my website.

I’ve been building & maintaining websites since 2000. It’s something I know how to do but don’t always enjoy it, I’d rather be coaching in all honesty. So when I realised that making some small changes to my site was taking hours when it should be taking minutes, thanks Procrastination Pixie, I outsourced.

When I decided that I needed to develop a waitlist page for my Organic Facebook Course and that the Nearly Done Nymph would likely halt me pressing publish on the page, I outsourced the whole damn page.

What I discovered was that while I can build my own website, I don’t always love it and I drag my heels on it. It’s a necessary evil for my business but my Pixies & Nymphs often hold me back from achieving my goal. That had to stop! I need my site to help run my business. The outsourcing didn’t stop there, there was the Grand-Daddy of all outsources!

The biggest outsource I’ve committed to is accountability. I’ve hired a business coach and I have to report in every 2 weeks against my goals for the fortnight. And believe me I get called on my BS if I don’t. So outsourcing this has kept my Get To It Gnome at bay. Boy have I stepped up too! In fact, from the month I decided to start with my coach, my income sky rocketed, I exceeded my financial goal for the 16/17 financial year and I’m set to exceed my goal for the 17/18 financial year. This happened because I outsourced my accountability and I’m being held to a higher standard. 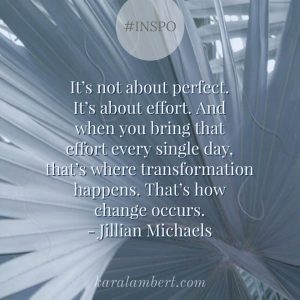 Here’s the other reason why I’m writing about outsourcing now. I’ve been talking about goal setting for 2018 in my group and I have been chatting about not just setting the goal itself but ensuring that you work out the steps you need to do to get there. There’s one thing saying your goal is to have a 7-figure business, but it’s another thing to know what steps you have to take to get those 7-figures. It’s taking a pie-in-the-sky goal and turning it into a realistic and achievable milestone.

So how does outsourcing fit in achieving your goals?

Outsourcing tasks does a number of things.

For me it gives me space to do the things I prefer to do but doesn’t stop me from achieving what I want to achieve.
It doubles my time because the time from the task I outsource is then given back to me to work on other things, thanks Procrastination Pixie.
It makes me work harder on achieving the goal because I have to generate the money to pay for the tasks I outsource.

I openly admit that the control freak in me had trust issues to outsource. Perhaps it was the Pixie, the Nymph, and the Gnome hoping for one last ditch attempt to derail me. Little did they realise that I’m dogged in achieving my goals and I worked out how to get the better of them.

If you’d like to learn how I set my goals, I’ve reopened access to my goal setting work. It’s now available for immediate download and is a workbook and 30 minute training video. You can access it now over HERE.

Fear of rejection in online business

3 tips when you need consistent leads for your small business

The goal of self-assurance | A Small Business Case Study